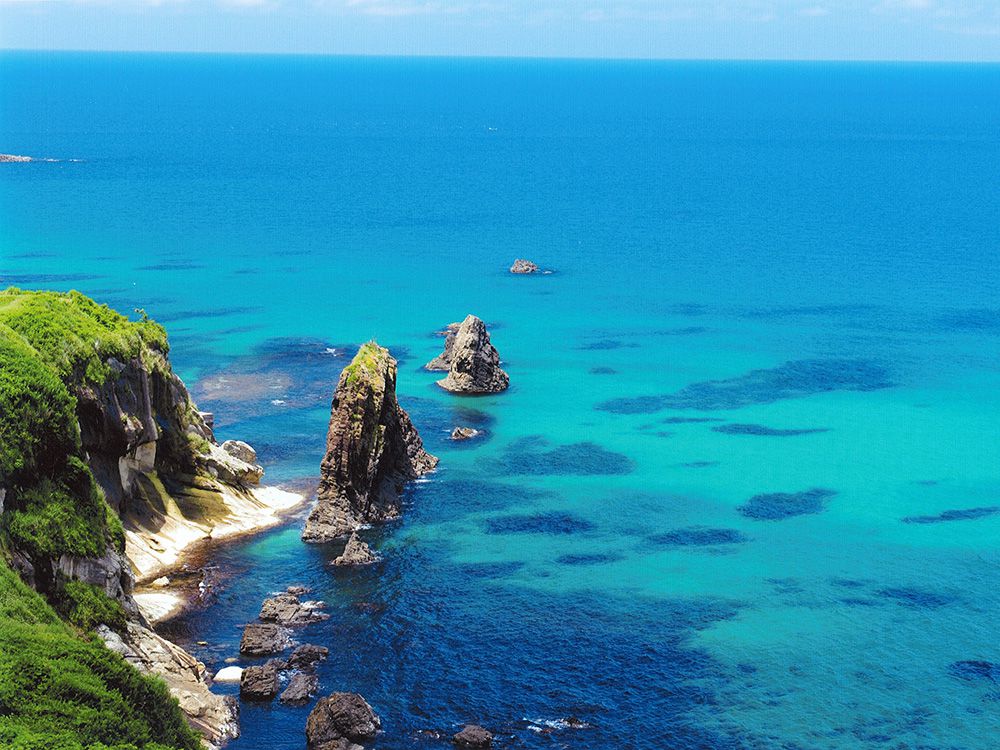 Byobuiwa rock is an andesite with a height of 13 meters, and was named for its resemblance to a Japanese folding screen (Byobu) as it rises from the ocean surface. There are 5 smaller rocks in a line towards the north-west which indicate a change in the plateau.

There is an observation area along National Route 178, where you can relax and take in the view of Byobuiwa rock. 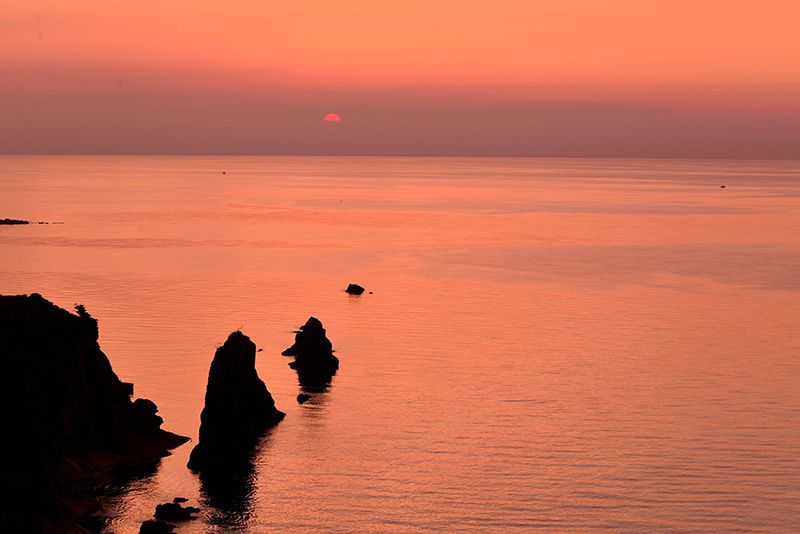 The observation deck is a great spot for photographs, not only of Byobuiwa Rock, but for the magnificent, panoramic view of the ocean. 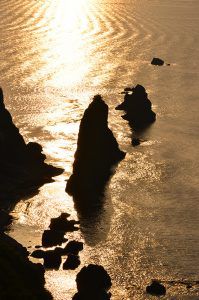 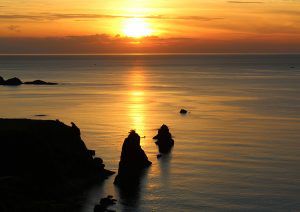