Kyotango held a number of autumn festivals on the long weekend in October. Most spanned two days either from Saturday to Sunday or Sunday to Monday. The festival in Kumihama the autumn festival was held on the Saturday and Sunday of 11th and the 12th. Unfortunately it coincided with typhoon no. 19, “Hagibis”. While the activities planned for Saturday had to be cancelled it was a beautiful and calm day on Sunday so the festivities were able to be held.

But first some history: “What is an autumn festival?” Japan has a very seasonal outlook, with each season taking on a very specific meaning for farmers. This was especially true in Japan’s agricultural past, but lives on today in a preference for seasonal produce. It also led to festivities being held around the changing of the seasons. Festivals were also considered a form of divine worship, so it was natural for farming communities to hold a festival in the Autumn as a way of thanking the gods for a plentiful harvest.

While walking to the Kamitani-jinja Shrine there were autumnal decorations of ginkgo branches with jack-o-lanterns around the town. They gave the merest hint of the festivities about to unfold.

A bigger hint was the sight of the a taikodai or “drum platform” being carried down the road. A taikodai weighs around 1 ton it has a large taiko drum and two drummers on board. While the drums were beating and the transporters shouting as they carried it through the streets it all seems quite sedate in retrospect compared to what went on at the shrine.

Showing-off at the Shrine

At the shrine they each waited their turn before charging past a crowd of people and turning around a corner. When they returned the taikodai was tilted back at a 45 degree angle and they were running as fast as they could. Then only 10 of the carriers would lift it up by very bottom with their arms fully extended. It also involved quite a bit of jostling to get it up, and there were several times when each taikodai came close to tipping over. Finally, they would spin around counter-clockwise while still holding it up. It looked like it took a lot of strength and coordination as a group to complete these maneuvers

After each group had demonstrated their strength and skills they took a rest and mochi (mashed rice cakes) were passed around to the spectators. After that it was a short break for lunch.

The autumn festival resumed at the Kumihama train station where each group again demonstrated the three maneuvers.

They were then able to relax and enjoy some tea, beer or sake. How the taikodai were then transported from the train station after drinking so much is something of a mystery.

A Closer Look at the Taikodai

They are very ornate with images on the front and back and intricate carvings mounted under the roof. And no two are the same, not only are they a different colour, to allow the audience to quickly tell them apart, but they will feature different images from each other.

Kyotango’s autumn festivals are an important part of life. As everyone carrying the taikodai is from the community their family members like to come out and support them. It’s a thrilling event with lots of drumming, rhythmic shouting, and more than one close call.

Please have a look at our facebook page for regular updates:

And have a look at our events page for more things to do: 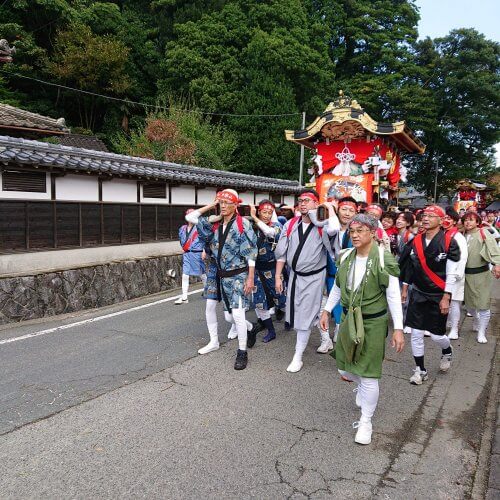 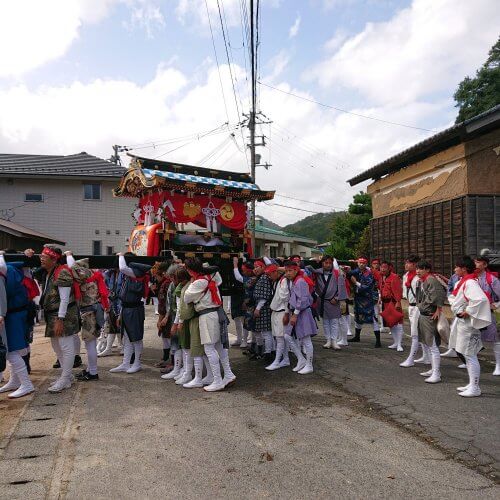 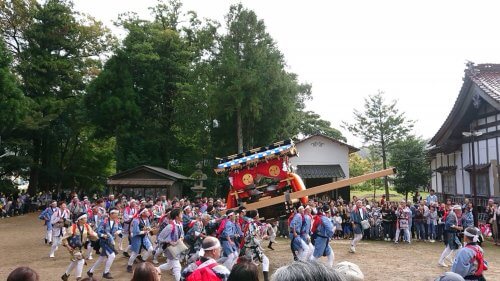 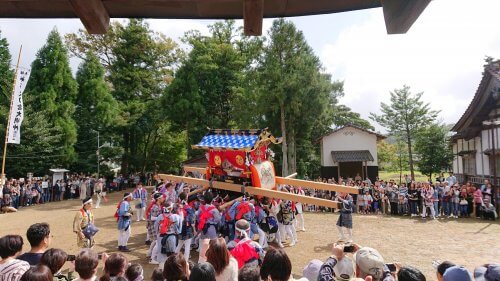 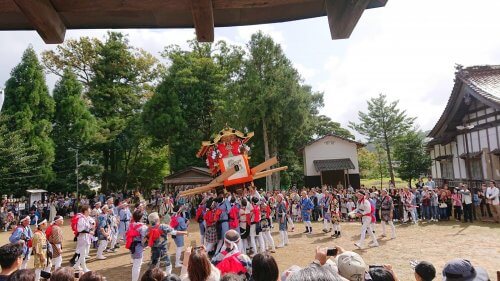 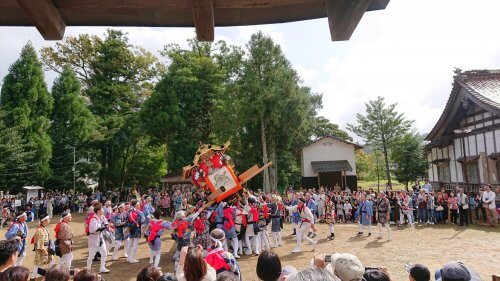 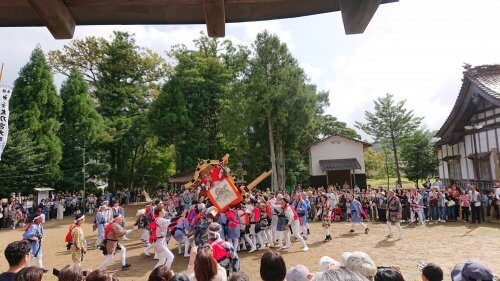 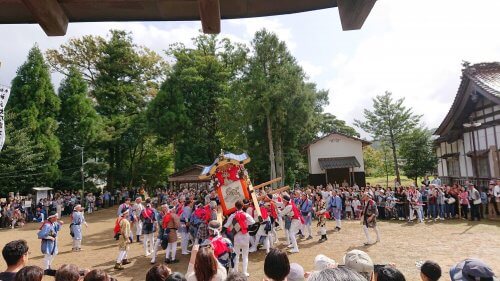 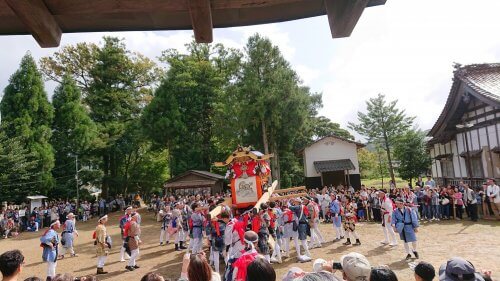 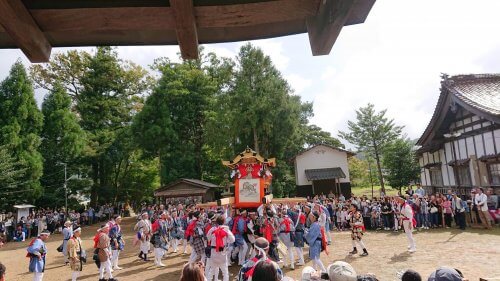 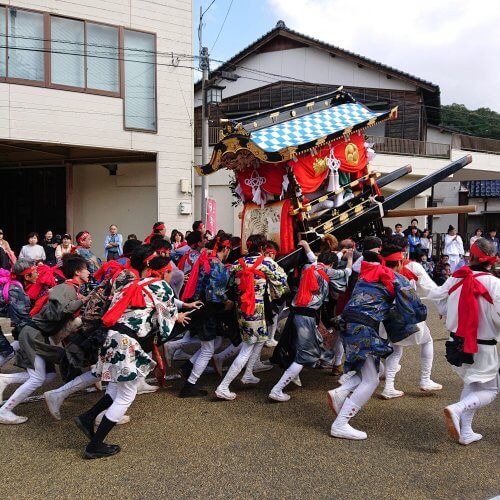 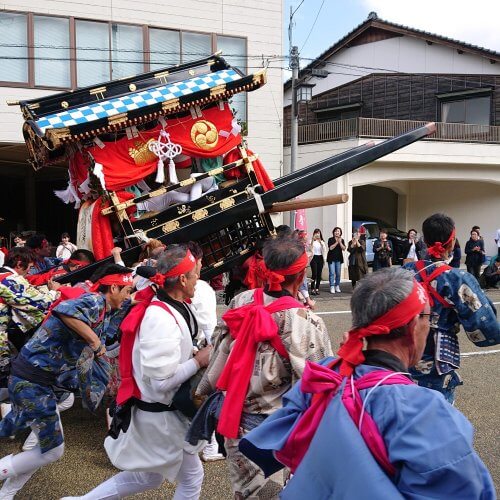