In part 1 we showed you 6 temples and shrines in Amino in Kyotango. Here we’ll bring you three more of Amino’s shrines and temples, including two of the larger shrines.

Amino Shrine (Japanese language only) actually consists of six smaller shrines, with as many as four gods enshrined in each. There are historic documents showing that Amino Shrine existed as early as 927 CE, with the potential that it’s even older than that. Needless to say it has had extensive maintenance completed on it several times over the last 1100 years.

The main shrine is visible straight from the entrance, and there are some komainu (guardian dogs) visible on either side. There are three gods enshrined here including Urashimako-no-Kami from the local version of the Urashima Taro legend.

There is some beautiful carving work on Koori shrine which is well worth a look. It houses four gods, including Amaterasu-Okami, who is one of the most important in the Shinto religion.

Off to the side of the main shrine is the Hayao Shrine. It only houses one god, but it is said to help people recover from illness. It has been worshiped for a long time.

At the top of the hill at the back of the Amino Shrine grounds is Atago Shrine. The only god enshrined here is said to protect against fires. Fires have always been a big problem in Japan. With the houses built out of wood and so close to one another an accident could leave a lot of people homeless, or worse. That’s why the shrine is placed so high up, so the god can look out over and protect the entire town.

There are four gods living in Tatewaki Shrine. Three of them are related to food, particularly grains and rice, and the fourth is for fire safety. I did say it was important.

This shrine is placed on a little island in a small pond full of tortoises. The goddess here along with two others, is said to have been the goddess of water.

There is a lot to see on the grounds of Amino Shrine too. Including some interesting sculptures, a frame to hang your dreams, wishes or aspirations on, and even a children’s playground.

Continuing to look at Amino’s shrines and temples we come to Hiyoshi Shrine. It’s located next to the Fukuda river, very near the fishing port at Asamogawa, so you can hear a lot of sea birds while taking in the sites.

Hiyoshi Shrine is split across two levels. The first level has a lot of smaller shrines all sharing the same roof, as well as one shrine with some of the most intricate woodworking I’ve ever seen.

The second level has some larger shrines as well as some animal statues. It also continues the trend of intricate wood carvings. The main god of Hiyoshi shrine uses monkeys to do its work, hence the large monkey statue.

This temple is located right next to Hiyoshi Shrine along the Fukuda river. It’s a fairly small temple, but the gate is quite impressive, and it does contain a lot of statues. The three painted Jizo are said to be protectors of children and travelers, you can see them all over Japan. These ones are repainted by local children every year.

I hope you’ve enjoyed this whistle stop tour of Amino’s shrines and temples. There are still more to see, and a lot of other sites from around Kyotango to show. So keep an eye on this space. 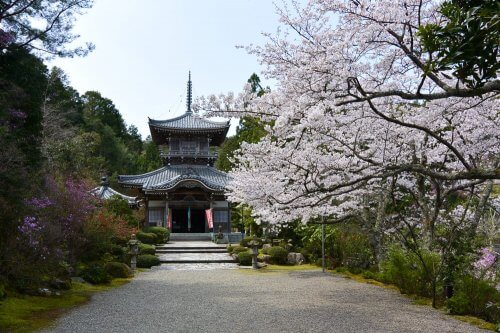 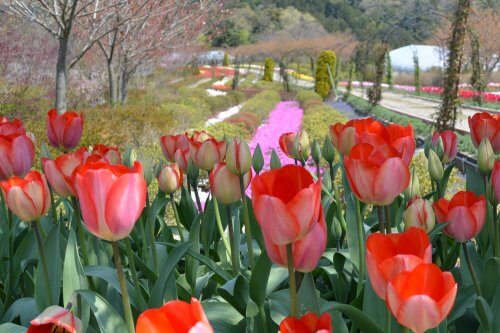