HOME > The Shrines and Temples of Tango

Tango is the furthest north part of Kyotango. As it stretches up the coastline you can find a lot of fishing ports. The largest among them is Taiza, famous for the Taiza crab, a very rare and expensive kind of snow crab.

There are a lot of shrines and temples in Tango, just like in Amino. While I made sure to visit the largest, I visited a few of the more out of the way as well, to give a sense of contrast.

At nearly the most northern point in Kyoto Prefecture, Anamonjyu Temple is near the edge of a cliff down to the Sea of Japan. On the sea side, the waves have eroded a massive 10m tall cave into the cliff-face, after which the temple is named. Erosion will be something of a theme this week.

The main building has a raised walkway so you can go all around it. There are a collection of carvings at the front of the temple as well. Depicting dragons, possibly phoenixes, and what looked like turtles and rabbits to me. Anamonjyu also has a miniature pagoda. The people who built the temple must have decided it was a bad idea to build a full size 13 story pagoda on the edge of a cliff.

Also named after its location, this time at the top of a mountain, this temple may be a little bit difficult to get to. From the bottom of the stairs approaching the temple it looks very lonely. Up close the siding appears less ornate and more practical than many other temples. But the detail on the wood carvings is still exceptional and appears to have held up quite well to the weather.

The whole area is surrounded by trees, making it very easy to relax and just listen to the trees and the birds for a few minutes. There are a few houses and small rice farms near the temple but it still feels very cut off and remote.

Yorioso Shrine is well off the main road, it is tucked away in the trees near a small river. The drive up to it is so narrow I didn’t want to risk going over, so I walked up to it instead. There were lots of little damsel flies, and other insects about, I felt bad disturbing them by walking by.

It was difficult to photograph the inside of the shrine. I had to reach inside with the camera from the side to get unobstructed photos. However, by limiting access this way, it does help preserve the shrines within.

The real draw of this shrine is the setting, it’s so easy to stop and do some forest-bathing, with only the sounds of nature present.

Himemiya Shrine is near the road and houses, but it also has more of a community feel to it. A lot of shrines raise money for maintenance and renovations through donations. Plaques, like the one here, display the donors’ names. The pictures are much older, and probably hold a special meaning to the local community.

Yoshinaga Shrine also feels like a local community shrine. It also highlights how important the structures around the shrines are for preserving them. With the face of the building being open, and few obstacles to deflect the wind, this shrine is showing the signs of wear and tear.

But I can still imagine summer events being held on the open ground in front of it. Maybe the local residents here have prioritized use over preservation.

There is a large hill in the middle of the town of Taiza, and Mihashira is just one of the shrines on it. It’s a long way up to the top of it, but the view back down is impressive. You can even see the new seafood auction house next to the harbour. The “komainu” (guardian dogs) here are new, I imagine the original ones were worn away from the harsh winter weather.

Located on a small island off Taiza is Sanjima Shrine. This island takes a lot of punishment from the sea, and it shows in the heavily eroded faces of the “komainu” (they look a bit creepy now). The small shrine is the only one not fully enclosed, and it looks to have sustained a bit of damage.

On the interior of the island is another shrine, and a Buddhist statue in a small park. The statue looks fairly new as it hasn’t been eroded yet. There are a few tables and chairs here, making a great place for a picnic. Please bear in mind that BBQs are prohibited.

The final and largest shrine on this list is Takano Shrine, it’s located on the outskirts of Taiza. It’s near enough to the main road and has plenty of parking, making it very accessible. The whole shine is surrounded by tall trees which make it feel enclosed without feeling oppressive. There is also a small kiosk here where you can buy fortunes and tie them to a string so they come true.

Takano Shrine is known for its long “sando”, the road approaching a shrine. They are traditionally lined by pine trees and with a slight curve so you can’t see the main shrine until you are right on top of it. There is also an auxiliary shrine which is on the approach to the main shrine.

Amaterasu, one of the most important gods in the Shinto faith, is enshrined in the main shrine. Her enshrinement was started by Takanohime who was the consort to Emperor Kaika, the 9th Emperor of Japan, circa 150 bce. The shrine is named after her, and she is also enshrined in the auxiliary shrine along with two of Emperor Kaika’s sons, by different consorts.

The current shrine was rebuilt in 1830. The main shrine was built as a large structure with no ornaments, and is intended to be contrasted against the smaller auxiliary shrine which is highly ornamented. In the middle is a rare ornate gate with showy inscriptions on it. All of this has been designated as a Kyoto Prefecture Cultural Asset.

The shrines and temples of Tango serve a range of purposes. From places of quite introspection, to local community hubs, to points of interest for locals and tourists alike. I hope they can withstand the harsh treatment from the weather and waves for years to come. 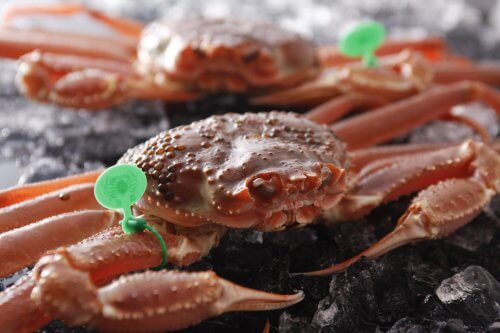